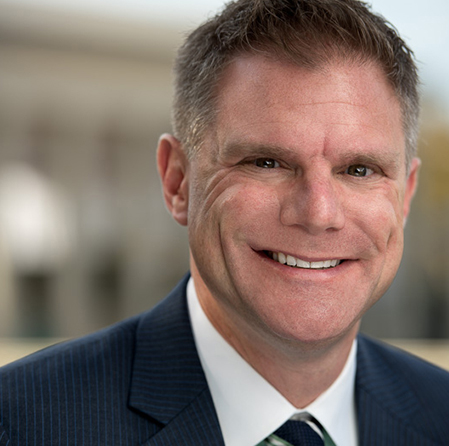 “I was seriously injured in a car accident that drew local and national media coverage. My injuries forced me out of work and left me with a long road to recovery. I was petrified. I hired Adam to represent me, after a friend of mine glowingly recommended his services. From the moment I met him, Adam set my mind at ease, by calmly explaining to me how the process worked and how he was going to fight for my rights. Adam quickly and efficiently handled every aspect of my case, allowing me to concentrate on my medical treatment. He went out of his way to protect my privacy. Further, he ensured that I had access to the best medical care, going above and beyond what I would have expected from an attorney. Even more than the very favorable monetary recovery that Adam was able to secure for me, I am forever grateful to Adam for his attentiveness and for treating me like a family member, rather than just another client.”
— H.L., Pennsylvania

“I was involved in a rear-end collision in South Jersey. Thankfully, I did not lose consciousness or break any bones, but after the accident, I experienced neck and back pain and had to undergo physical therapy. While I was grateful that I was not injured more severely, I still felt as if I was entitled to damages from the individual who hit my car, since I sustained physical pain that didn’t exist before the accident. Since my case was a relatively small one, I wasn’t sure whether Mr. Barrist would be interested in handling it for me. To my very pleasant surprise, not only did Mr. Barrist agree to handle it, but I felt as it he gave it his utmost attention, quickly dealing with the insurance company and getting me more money than I had imagined.”
— O.D., Southern New Jersey

“Adam Barrist is not what you would expect from a Plaintiff personal injury lawyer. He’s polished, personable and, trustworthy. When you call to ask a question, you talk to Adam directly, not to one of his staff members. Having dealt with Adam on two separate injury cases, I can attest that he does not allow cases to sit idle – he constantly pressures the insurance company for resolution. Adam gets results, gets them quickly and does so under a fair fee structure.”
— B.K., Western Philadelphia Suburbs

“I live out-of-state, but was injured in fall down accident in Philadelphia County. After the responsible company didn’t make a fair settlement offer, Adam immediately filed a lawsuit and took several depositions, bringing the true facts of the case to light. When it came time for a settlement conference with the judge, I think that the other party regretted that they didn’t settle the case for a lower figure at the beginning of the case!”
— F.K., out-of-state resident injured in Philadelphia County

“After I sustained life-changing injuries from being struck by a motorist, a friend recommended Adam to pursue a claim against the driver. From the time he visited me in hospital to the very successful conclusion of my case, Adam treated me as if I were his only client . Sustaining a serious injury was not expected nor welcomed, but Adam treated me with respect, he listened and fought an extremely difficult battle and did so in a genuinely caring manner. Adam was able to manage a very successful practice and still dedicate the necessary time and resources to my individual needs and for that I will always be grateful.”
— S.K., Out-of-state resident injured in suburban Philadelphia

“I am deeply familiar with Adam’s professional aptitude and personal drive.

During the past several years, Adam has been able to impart to me valuable wisdom and wherewithal in connection with my career as a television news personality. In dealing with Adam, I feel comforted by both his diligence and knowing perpetually fully apprised of all relevant legal intricacies.

Although Adam always maintains the utmost level of professionalism, he simultaneously demonstrates compassion and patience with the emotions that so often accompany career decisions.”
– Erin O’Hearn, 6 ABC – WPVI Philadelphia

“I have developed complete trust and confidence in Adam, since the very beginning of our relationship. In my professional dealings with Adam, I have forged a relationship with someone who values what his clients have to say and who takes a genuine interest in their lives and families.

Over the past several years, Adam has been able to impart worthwhile wisdom and valuable knowledge in connection with my career as an on-air television personality. What truly sets Adam apart from other television talent representatives and attorneys is his practical, interpersonal approach to addressing legal and other issues. His ability to explain legal concepts and apply them to my industry is exceptional. In dealing with Adam, I feel comforted by both his meticulousness and knowing that I am constantly informed of any legal developments.”
– John Boruk, Comcast SportsNet Philadelphia